Breath in, breath out, be at peace.

Today is World Meditation Day. So I want to share a little of how meditation fits into my family’s chaotic day. We are a large family in a tiny space- it can be loud and messy, and we travel often. One thing that we have been able to keep as a constant in our crazy lives is nightly meditation.

I have made meditation a part of the kid’s nightly routine, and they love it. I used to think mediation was just something that worldly spiritual people did, not that I have anything against that. I just never was that spiritual, and I felt silly sitting and saying mantras trying to zone out. I had no idea what meditation was. I only heard of mediation from shows or cartoons where they mocked it. When I found out that there were Christian meditations, I was very intrigued and excited to check them out.

At the time, I was having some trouble with my boys. I couldn’t get them to bed at a decent hour, and they would both get night terrors all the time. I struggled with night terrors as a child, my daughter had them when she was young, and now both my boys were going through them. I was one tired momma who was desperate to find help to resolve this issue. You might think that the night terrors are just nightmares, and the kids wake up and go back to bed, but that is not what this was. Caleb would scream, hit, kick, punch, and roll around like crazy. I couldn’t wake him up, but I could talk him down by entering into his terror. Now, Jon was another story. He would kick, punch, and scream, but he wouldn’t wake up, and he wouldn’t let me communicate with him. I would have just to let him work it out because anything I tried made it worse. So you can see that I was mentally, emotionally, and physically drained. I found the Abide meditation app on my phone, and since I was trying to get my boys on a nightly routine, I thought it would be a good idea to try it out.

I am so glad I gave this app a try. The boys loved it. The boys call it “listening to the man.” We have been listing to our nightly meditations every night for over two years. My boys go to sleep, listening to waves rolling up on to the beach and a soothing voice, reading God’s words, and praying over them. I can honestly tell you that the night terrors do not happen like they used to. Once in a great while, one of them will have an issue. Usually, if they are super tired from a long day out, but they are nothing like the terrors they used to have. My husband was skeptical at first, but even he has experienced how much meditation helps. We use it when we travel, no matter where we are. We all love it! We do our meditation lying in bed, taking in deep breaths, and listening to the soothing voice and sounds. I have tried to incorporate mediation into other parts of our day, but we all like to wind down at night.

There are many different meditation apps out there; we use the Abide app as I mentioned before. There are various subscription plans available with the app. I am not getting paid to, but the app has worked so well for us, I recommend it to anyone interested in Christian meditation. They have daily mediations and a journaling option as well as nightly meditations and prayers. Meditation has done wonders for us if you haven’t tried mediation yet, what better day to start than World Meditation Day! 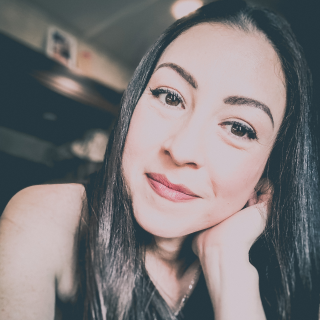 Traveled over to Nuevo Mexico last week and got this cool shot of the clouds somewhere over Nebraska/Colorado border. It was the only time we had a clear view out of the window.
Here I am hiking in Idaho! This was at the Cress Creek Nature Trail. Such a gorgeous place.
This is one of our favorite things we saw at Lauritzen Gardens, who doesn’t love a giant snake covered with lights!
The boys and I had a great time visiting Lauritzen Gardens over the winter. It was pretty incredible with all the lights up. They had bonfires and s’mores outside and an amazing display of Christmas trees. Can’t wait to visit again and see what they have planned for the warmer months!
Follow Wander By Faith on WordPress.com